Cycling commitment - in sickness & in health?

A Trans-Continent Race Looming, Hit With Flu, Then Siberia Visited The UK... How To Play This?

Where I Am Now

It's now March (how did that happen?), one month after kick-starting the distance riding by cycling to the Highlands (previous post). Due to unforeseen circumstances, I feel true training & trip/kit planning is yet to begin, & I have to admit... I am a little apprehensive & quite disappointed. Now torn between 'fully' recovering vs clawing back lost time, in order to give this race my best shot.

After the returning from the Scottish mountaineering trip, I decided to get a coach, with the aim of improving speed, power, & developing a structured training plan. Enter James Roberts of Warrington. 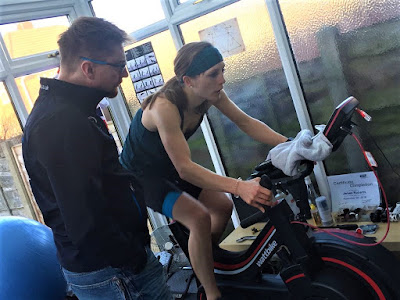 After an initial meeting & fitness test, I was eager to crack on with intense sessions & hopefully improve fast.
Days later, head cloud, dizziness & fatigue set in. It must be a cold, I thought, wait a few days...
Unfortunately a few days turned into over a week of fevers/night-sweats, & up to 18 hours of daily sleeping. Obviously the new training plan couldn't commence, & I missed an audax (long distance cycle event), my first two 200 milers of the year, & countless rare chances to see my best friends in between training & planning.

10 days later, able to actually walk around despite a hefty cough, another planned audax was looming. Myself & some others had planned to extend it to 300km (186 miles). I was not about to miss a 3rd long ride running! Even if I take it at snail-pace, I can do it, I thought.

No further fever sweats or chest pain, I was clearly fit to cycle 160 miles right? What better way to test your health eh! And doctors always know best (haha).

The very silly UK allowed Siberia to breach its borders, & throw a nice blanket of -4 degrees air & ice upon us from this very day... A friend & some chaps from Chester road club were doing the 100 mile audax, but extending to make it to 300km/186miles. I intended a similar thing, but would see how I got on.


My God was it cold: 6 upper layers, including multiple coats, weren't enough to warm the cockles (I put more on after that photograph, don't you worry)!

Anyway, I would have an occasional coughing fit, which didn't sound too healthy or sensible, however, telling my cycle buddies to continue without me was the right action. I tried to gently 'spin' all day, never pushing myself or my muscles, & despite being more fatigued than usual, I was fine! :)

Kindly my friends Jack & Poland (strangely, I actually had to ask where she originated...) let me join them, & we had a nice, if long day!

I then continued the extra mileage to my house, completing 160 miles, & my first ride since flu. I got home in freezing conditions at 11pm & immediately texted my coach - TRAINING IS BACK ON!

I then regretted that text as he immediately sent me daily interval sessions that my chest was NOT ready for...

Back On The Bike!
But, recovery vs training...eeek!

Herein lies the question, & the lesson I am trying to learn. The balance, between recovery & training: in general, & after sickness. I still have cold symptoms, & this week I have tried to start the interval sessions (3 weeks late!). My legs are fatigued most days, & I was unable to complete a session the other day due to feeling it in my chest. I have also never done exercises with weights at the gym before, so all of this plus not being 100% is bound to take its toll.

I usually aim to see different close friends most days, & these last few weeks I have been cancelling all over the shop. What an unreliable flake I have become! The priorities of training & rest, I am struggling with, but trying to work on. This is the sacrifice I have made, so, either do it properly, or not at all, right?

My dream was to go to the USA two months early, to train on the West coast, & actually get to SEE some of it! Being so far behind, I have pushed this back by 3 weeks. Training wise, I now have only 6 weeks here, to do intervals, gym work, & build the long rides. I hope it is enough.

Beast from the East Weekend (damn you!)

Reality:
Two of us had suffered flu  - therefore no training rides, & not quite well enough. Then the rude 'Beast from the East' blanketed Wales in snow & ice. Outrageous!!
I MUST start these epic rides asap! What to do?!

New plan:
No new snow was forecast for Sunday 4th March. Coastal roads are always warmer, & large A roads are mostly snow/ice free. Right, I will do my first 200ish mile ride this day, down the coast of Wales. No-matter what!

Saturday 3rd I went for a short ride, feeling sore from Friday's crazy gym-stuff then interval session (my body doesn't know what's going on!), then popped into my friend's wedding reception. Knowing I needed to get up at 3 or 4am... it was a short, sober affair!

Other, perhaps more wise, riders were hesitant to be cycling this weekend. Just like the previous week or so. So no one else to join me, I was thankful that Jack said he would come for the first 50-70miles or so :) I rarely get company on these big rides!

4am up, 5am out. A key issue for cyclists is wind direction. It was heading East/ South-East. So, heading North-West up the top Welsh coast was cracking! :D We cruised along, chatting constantly as we do. He'd also brought multiple vegan baked goods to share for the ride. My hero. We passed Rhyl, Llandudno & Bangor, then we bid farewell at Caenarfon.

Strange, that at 1300 I still had 110 miles to go... ha, day nearly over then!
The rain got constant & quite heavy, but I kept warm which is great.
Food management was poor: I clearly hadn't eaten as frequently, or as much as I needed to. I started bonking! Non-cyclists, this is a state of shaky, sweaty, nauseas weakness where you lack enough calories/sugar. It's not what you think it sounds like, & it's not fun!

Scoffing nuts, dark chocolate, & banana/peanut butter wraps by Pwhelli, I continued for a 12-15 mile stretch INTO the strong headwinds. Noo!

The Welsh coast begins weaving up & down much more after this. I know I said I love headwinds & hills but...

Past Harlech & into Barmouth, skies cleared & the intermittent views of the Snowdonia mountains were gorgeous & added to my high liberated spirit! When the vast, rippling blue sea was visible alongside the coastal road, with evening light shining across it, I honestly was flung back to an image of riding along the Croatian coast. It looked exactly the same. Beautiful!

Crossing the Barmouth Estuary along a railway line (thank you Lord: no going all-the-way around into a headwind for this portion, phew!), it got dark, & I hit the chunk of coast which cruises down to Aberdovey. I turned directly east for the last time, & knew this would be the last horrendous bit. I told myself, anyway.

Against the strong winds I started pushing hard up the hills, then mustering all power I had back down them, to not be slowed to a standstill! Great for a short ride, but probably not great if you're at mile 140 out of 190ish... I continued downing nuts, & chocolate, but the more of them I ate, the more sick & 'funny' my stomach felt.

Finally after the return of heavy rain for the last 20 miles, the end was in sight. All would have been well, if I hadn't MET THE MOTHER OF ALL HILLS.
She was big. And very ugly.

From Borth to Aberystwyth. Who the hell designed that road? Maybe it was a result of how bad I was feeling... but I swear it stretched directly straight up to 135m in just under a mile. I felt like I was falling off my bike I could barely pedal. I also regretted the baked beans & rice I had chosen to carry for 90 miles. Anyway, I have NEVER let a hill 'beat' me. I continued, pushing, shaking, swaying everywhere & feeling more nauseas. And, it got too much. I could barely walk the last 4 metres or so, & actually started wretching. This hasn't been a great end to the ride, has it?
Then the b****rd decided to throw its wrath on me a second time, a double-hill whammy at 178 miles. I was so angry!

^ That's my new phrase, like it? :D
My morning leaving Aber was punctuated by chatting to many lovely people, intrigued by my loaded bicycle, & just nice chat in general. I feel like a zombie today, but have a lot of things to work on. I must get used to these long rides, but also use regular interval sessions to get much quicker. The TransAm Bike Race is up to 30 days: cycling between 5am and 11pm every day is NOT sustainable...if I want to sleep! I must also value & prioritise resting.

6 weeks until I leave. Let's hope I can improve in time!

If you'd like to support me, I would be most grateful if you would consider donating to Asylum Link Merseyside. They offer daily food, clothing & friendship to local asylum seekers & refugees. Most importantly they give them the chance to integrate & lead normal lives again. Food & clothing donations also welcome - they take drop offs, or contact me & I'm happy to get stuff to them. My donation page: www.justgiving.com/alainastransam

Thank you for your interest!
Have a fab week all,
Alaina X 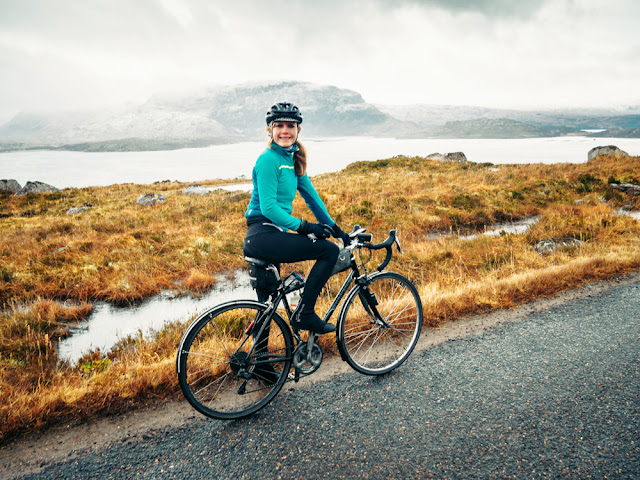 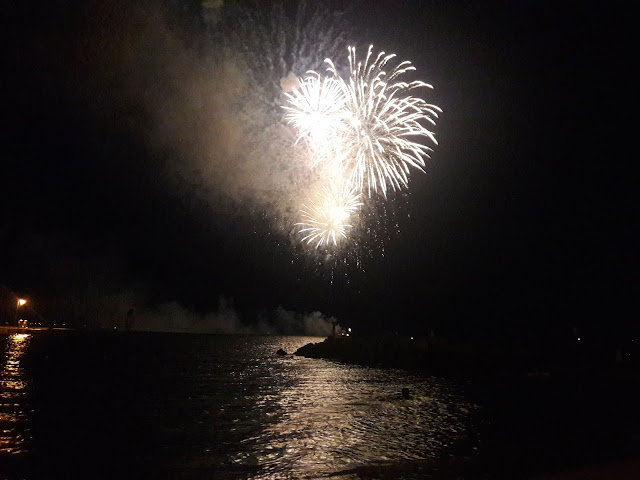 Trans Am Bike Race 2018 complete! A finish in time for Independence Day celebrations (or maybe they were just welcoming my arrival) Part 1 Immediate Afterthoughts Strategy The Route Emotions The finish line So, here I am, in Yorktown Virginia; the site where America's independence was secured in 1781. I have just crossed 4,200 miles of the USA to finish the Trans America Bike Race. I placed 37th out of 116 starters, & took 27 days - 25 of which were full cycle days & 2 were lost to bike mechanical issues: this means I cycled an average of 167 miles every day that I rode. Considering that I tore the meniscus in my right knee seven weeks to the race start date, meaning a lot of immobility, no training, & almost giving it all up - I cannot believe I've managed to do it. Immediate Afterthoughts A feeling of calm, emptiness has overcome myself & my fellow finishers. We have spent a whole month enduring constant physical, emotion 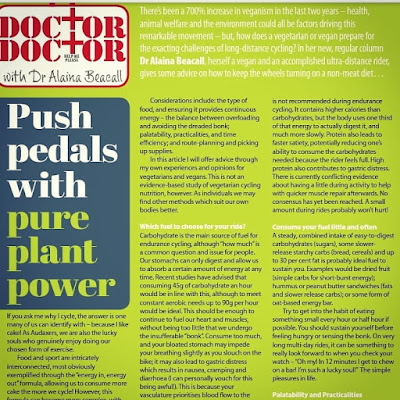 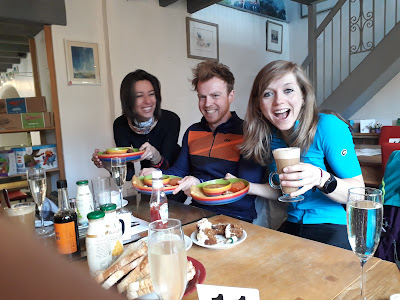